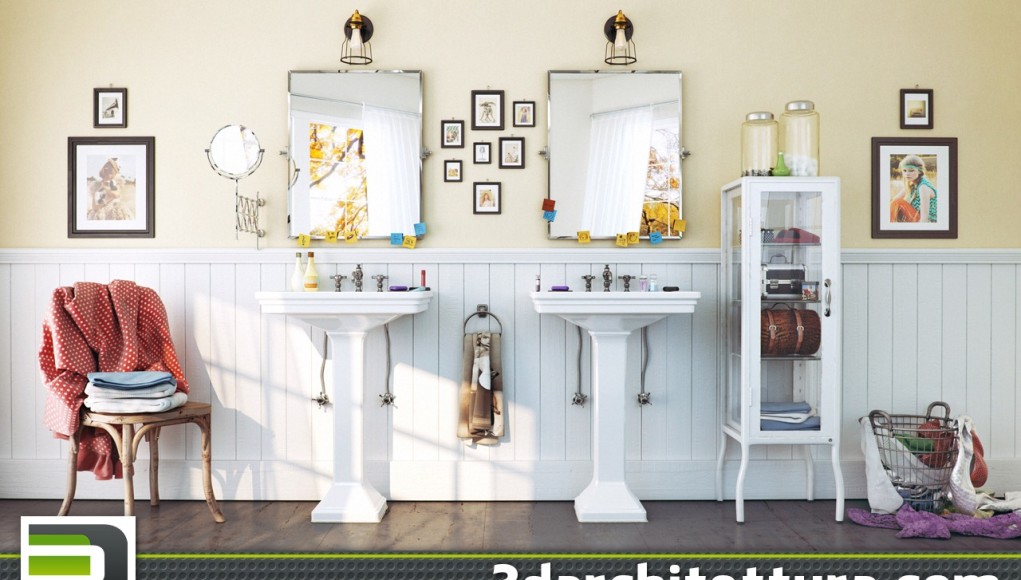 3DA: How did you start working in 3D field? How much time has passed and what kind of studies did you do?
TL: Well…First, I took up 3D as a hobby and just to have some fun while mixing some characters and objects. I learned Blender in a free workshop here in São Paulo, Brasil. After that, I met a few people who used to work with Maya and 3Ds Max and because of them I started using Maya and Mental ray for render also because the tools, shortcuts and visuals are very similar to Blender ones, at least at that time.
Then I found out about V-ray and 3Ds Max with another friend, I tried it and loved it. I’m a graphic designer so in the beginning I used 3D simply as an extra tool for my print jobs, later I used it in web design jobs and finally in architectural jobs. This was until I reached my own style and quality. I mostly learned 3D by myself, just looking for some tutorials and rendering a lot of teapots :) 3DA: Which are your favorite software and plugins for your daily projects?
TL: 3Ds Max, V-ray, Marvelous designer, Photoshop 3DA: Tell us something about a project that gave you great satisfactions
TL: Butterfly – The book and short film project: When I was just a kid, I painted butterflies neatly. The method was to draw just on the one side of the paper and then fold both sides to have a mirrored image. The most common image was a butterfly. I spent a lot of time thinking how I could make this butterfly on an arch project. I thought a lot of things like: A building made just with mirrors, or just fabrics reflection on the water making one butterfly side, some painting on a building’s wall making the same effect. So, finally I started drawing a project and after various options I chose the one I published. As I’m not an architect, this was one of the hardest parts for me. I was trying to make some really different projects and I was tired of seeing the same kind of square architecture in the middle of trees posted in all forums everywhere.
HERE´s the project short film and images. This project gave me a lot of satisfaction ’cause I could finish it as I wanted and won until now 17 prizes with it, and I´m waiting for more yet. So I´m very happy and proud of it 3DA: From where do you take inspiration for your artworks?
TL: Most part I like to get inspired by different things, like the butterfly project that I told before. When I gonna create something new I keep away from common things, or other 3D artworks ’cause it can make me copy others’ ideas and I really hate this things. So I kind like to travel, go to bars with my friends, talk about other stuffs, cause I know it will gives me good ideas, take photos helps too. 3DA: How do you live this period of economic crisis? How is it in your country?
TL: In Brasil it is very hard to see the crisis as it is in Europe for example. Here we are kind away of the same business process in the architectural visualization field. But in case of 3D Advertising projects I feel the crisis stronger ’cause most part of the works are made to International companies, so if the company has offices in countries with crisis automatically we will be affected too by less jobs or cheap prices jobs. 3DA: What would you suggest to people that are approaching to 3D and architecture?
TL: I think they really need to get references about EVERYTHING, evenThi things there aren´t directly involved to architecture. Things like graphic design, photography, music composition, colors theory, painting art, history, other cultures, cause all of it makes you rich in knowledge, and will really make difference when you have to create something unique and unforgettable. And obviously keep an eye on good 3d & arch references, sites, blogs, architects, projects, tutorials, courses.