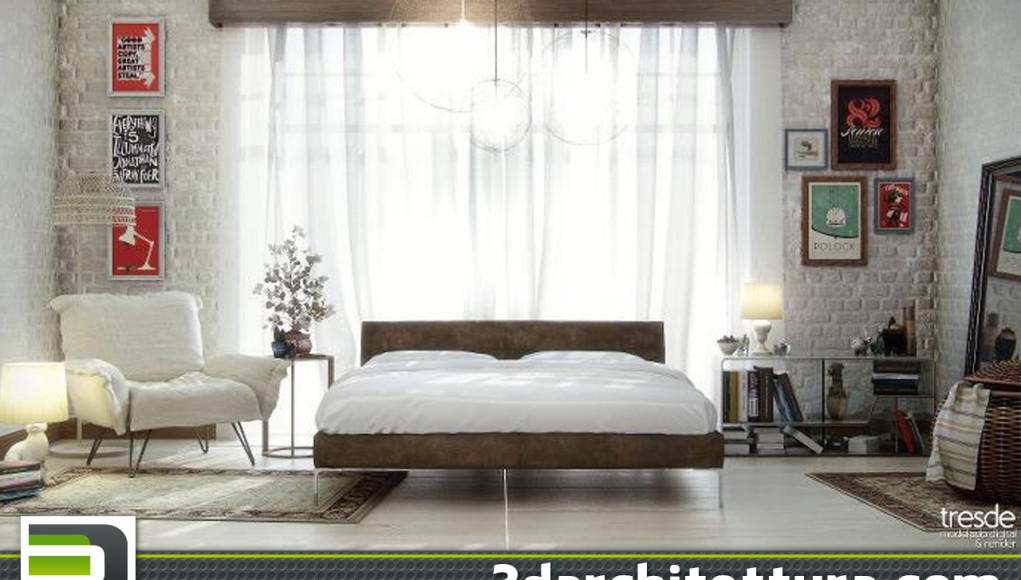 3DA: How did you start working in 3D field? How much time has been passed?
SS: Since I was studying at university I started to work as a cad teacher, then after finished university and came back from a scholarship in UK I decided to open my own studio so is relative young it has a year and a half since I opened it. 3DA: Which are your favourite software and plugins for your daily projects?
SS: My favorite software is Photoshop because allows you create almost everything you can imagine in terms of realism and composiition, of course talking about archviz, 3ds Max and Vray are very important too, about plugins and third party scripts most of the time I use floor generator, multiscatter, siger shaders, solid rocks etc etc. 3DA: Tell us something about a project that gave you great satisfactions
SS: There are two projects that I’m very proud of them: The first one is my State of Art Academy final project I think this project described and captured my main idea about architectural visualization scene should be. And the second one is my first personal interior project I called “Vanilla Room” which has a lot international recognition in the main 3D forums such as Evermotion and Ronen Bekerman, also was published in one of the main 3d magazines, 3D World Magazine. 3DA: From where do you take ispiration for your artworks?
SS: There are a lot of influence from great CG artists such as Alex Roman, Peter Guthrie. Bertrand Benoit. Pixela, Pawel Podwojewski and others. Of course there are great studios too like MIR, Vyonyx, Factory Fifiteen, State of Art, but now I’m more focused on architectural photography and interior design as my main reference to start a project. 3DA: What would you suggest to people that are approaching to 3D and architecture?
SS: My best advice is try to understand the nature,  the reality in every single way, especially light and materials behavior in order to recreate them in a accurate way. Searching about photographic composition will be very useful too and of course apply all this knowledge in archviz field is the best way to achieve great results.