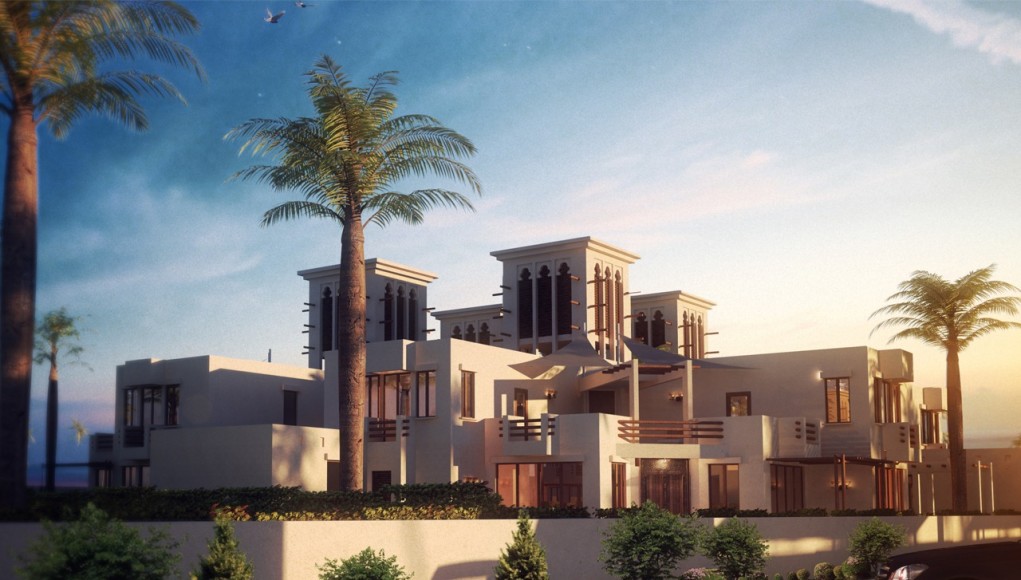 3DA: Why have you decided to work in 3d-field and when have you started?
AA: I got into general 3d in 2009, at this time I wasn’t really sure what I would end up doing with the knowledge I had, I was so scattered, learning character animation, matte painting, compositing, trying to learn different softwares until it just ended up becoming too overwhelming, at first I really didn’t like Archviz, I found it very difficult at the time, but through the struggle of having to learn how to do it because my situation depended on it at the time sparked a passion for it, I have been an archviz artist mainly over the last 2 years and my desire to do what I do grows more everyday. 3DA: Describe to our readers your usual workflow
AA: My usual workflow begins with client interaction, getting a clear idea on what they expect, That will guide the entire design process from start to finish, I occasionally go on site visits, if the project requires it I normally receive architectural models from architects in archicad format, I then export them to my native 3D software (Cinema 4D)  where I work on the model fixing it up occasionally, doing some additional modeling on the structure if its needed, creating and populating the scene, then a light setup followed by texturing, animation (optional) then rendering (Vray), and post in After Effects if its a animation or Photoshop for stills. 3DA: What was most difficult for you when you just started working in 3D? And what is now?
AA: When I started out, there were quite a number of things I found difficult, the most annoying one was not being able to produce a really good render, because of lacking skills at the time, That one always got to me!, My skills aren’t perfect but I can pull off some decent results now. Lighting & texturing was a pain back then. Now I find it difficult to create extremely photo reallistic images, but im working on that I also need to learn how to create a good photographic composition. 3DA: Looking back on your education process what you would have changed now? And what you consider right and would do exactly the same?
AA: My educational Background on Archviz was mainly self taught, I did enroll in a 3d school for a few months that introduced me to 3d in a general way, theres not much I would want to change, all my decisions and choices in life brought me to where I am right now.  My decision to choose arch viz as the main path of my career has opened up the future to so many business possibilities and partnerships with different individuals, so if I was to do this again I would do it the same way but maybe just start doing arch viz sooner!. It is the career of my dreams.

3DA: Which was the biggest problem that you faced working on a project and how have you solved it?
AA: When I started teaching myself Archviz a got a project Ii couldnt resist, even though I knew I couldnt pull it off, I accepted it either way, so as the project progressed there was so much I had to learn as I worked on it, It was my first ever project and it was a massive construction project! So everyday I would encounter some kind of problem and it was so tough always having to trouble shoot the problems as they popped up! I had lighting problems, texturing problems, rendering problems, scene set up issues, there were alot of them. But I managed with the help of a colleague and by the time the project came to a close I had learned a lot, got a lot of experience and ended up with a 6 minute flythrough of a high end resort in portfolio, this was 2 years ago. 3DA: What forecast you can make about the future of 3d-world in general?
AA: The 3d world is facing so many revolutionary advancements everyday until its becoming overwhelming to keep up with the daily breakthroughs in technology, The applications of 3d technology are becoming more interesting and innovative, the industry is tranforming from what it was in the last decade and it is shaping the future. Personally i think in the next 20 years Creating Architecture renders and movies will just be an artform since the future is going realtime,
I picture future archviz as Photo realistic Real time virtual reality simulations where you can modify a buildings exteriors and interiors through a virtual walk-through, go through a library of finishings and furniture etc all real-time, virtual reality, and it has started, its being advanced everyday and in a few years it will be a reality. so I see people in our fields adapting to this in the near future. But locally here in Kenya, it is a fairly new thing, and its getting a lot of attention recently and the 3d industry has nowhere to go but up! Architects are realizing how good 3d renders are so important to proposals, Investors apply 3d from planning to sales, Other forms of 3d art are really influencing the local youth, creating short films, digital art, etc. Only time will tell what the future holds, but so far so good.