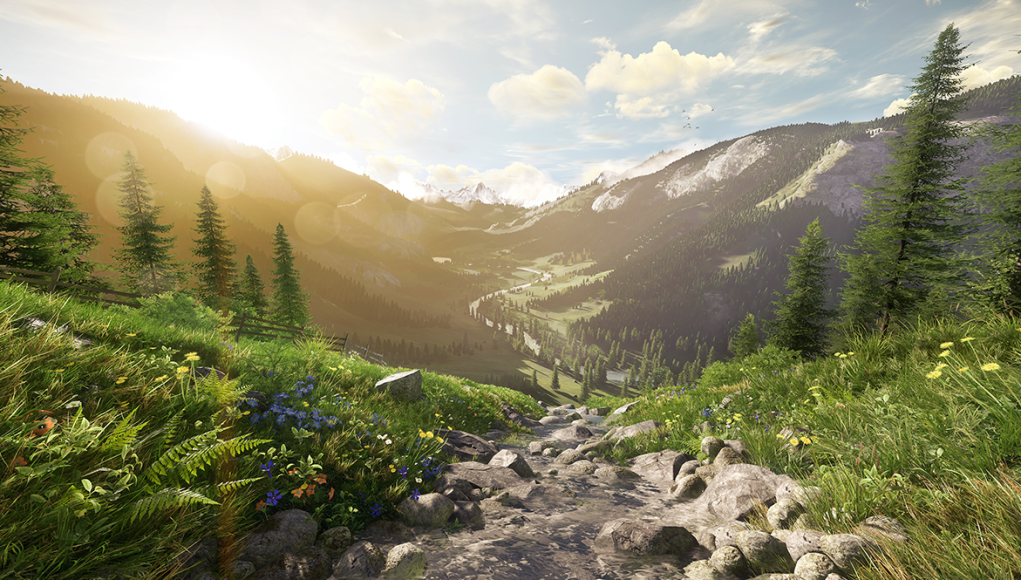 Today Amazon released Lumberyard – free, cross-platform, 3D game engine based on CryEngine, available for download with full source code provided. And we expect this to be a huge event not only for game development but for all realtime rendering community.

The engine is completely free and Amazon has neither subscription fees nor royalties. Moreover, it offers integration to Amazon Web Services (these services are not for free – and this is the way of monetization of Lumberyard), which would be interesting for creating multiplayers, and direct build for XBox One and Playstation 4, achieved by official agreements both with Sony and Microsoft. Mobile support and VR – Oculus Rift integration are promised to be coming soon. With Amazon Lumberyard, game developers can: Reach and engage fans on Twitch—Amazon Lumberyard is integrated with Twitch so that developers can build gameplay features that engage the more than 1.7 million monthly broadcasters, and more than 100 million monthly viewers on Twitch. With Amazon Lumberyard’s Twitch ChatPlay, developers can use a drag-and-drop visual scripting interface to create gameplay features that let Twitch viewers use chat to directly impact the game they are watching in real-time. For example, with Twitch ChatPlay within Amazon Lumberyard, a developer could build a game that lets viewers on Twitch control a character or vote on game outcomes using chat commands like “up,” “down,” “live,” or “die.” And, the Twitch JoinIn feature within Amazon Lumberyard helps developers build games that allow Twitch broadcasters to instantly invite their live audiences to join them side-by-side in the game, with a single click, while others continue to watch.