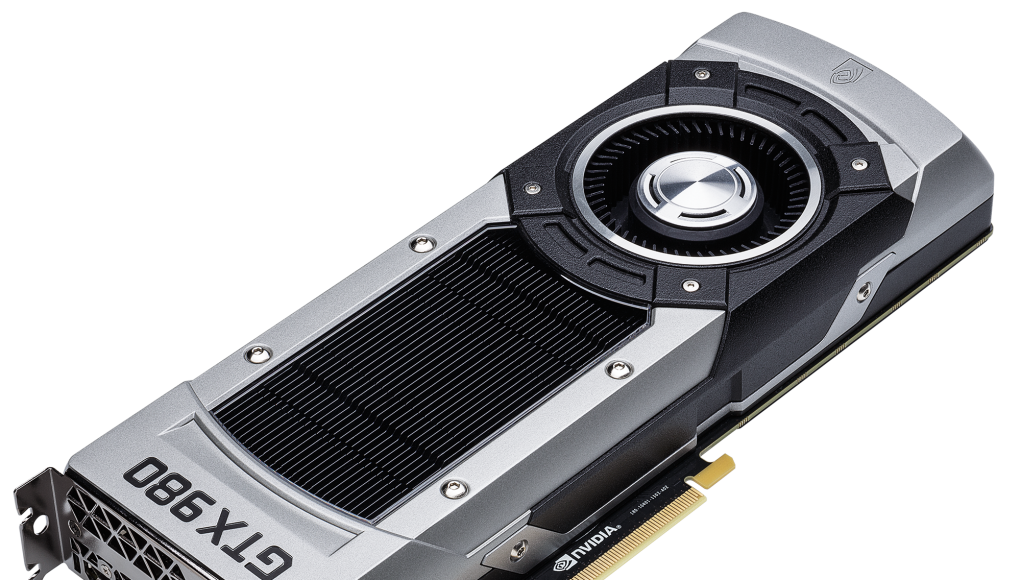 NVIDIA GeForce cards have become so popular for rendering lets take a look to the GTX series, and compare its render performance.

Rendering Performance Let’s get right down to it and talk about render times. The chart below compares the average render time of nine frames in an animated sequence. There were ten total frames in the test sequence and for each, the first frame was discarded because it was significantly faster than the subsequent frames. The GPU was cooler on the first frame, yielding a faster than average result. But as the card reached temperature, there were consistent render times going forward.

The GTX Titan Black became the champion in our tests, besting the GTX 980 and 970. Given the new Maxwell GPU compute architecture available in the NVIDIA 900 series, we expected the GTX 980 to put up a stronger fight, however, the 980 and 970 still posted respectable times. Below is a wireframe of the scene used in the tests.

What GPU specifications should you look for? For GPU rendering, you want as many CUDA cores as your budget allows. With that understanding, the Titan Black continues to lead the GeForce lineup by a wide margin. If you compare the chart above to the one located below, it’s easy to appreciate the relationship between CUDA cores and rendering performance.

Despite the importance of CUDA cores, they aren’t the only spec you should consider. Because all of your scene’s assets (including the scene file, textures, etc.) need to fit within the GPU’s memory, you need to make sure that the GPU you choose can accommodate your data set.

Which is most cost effective?