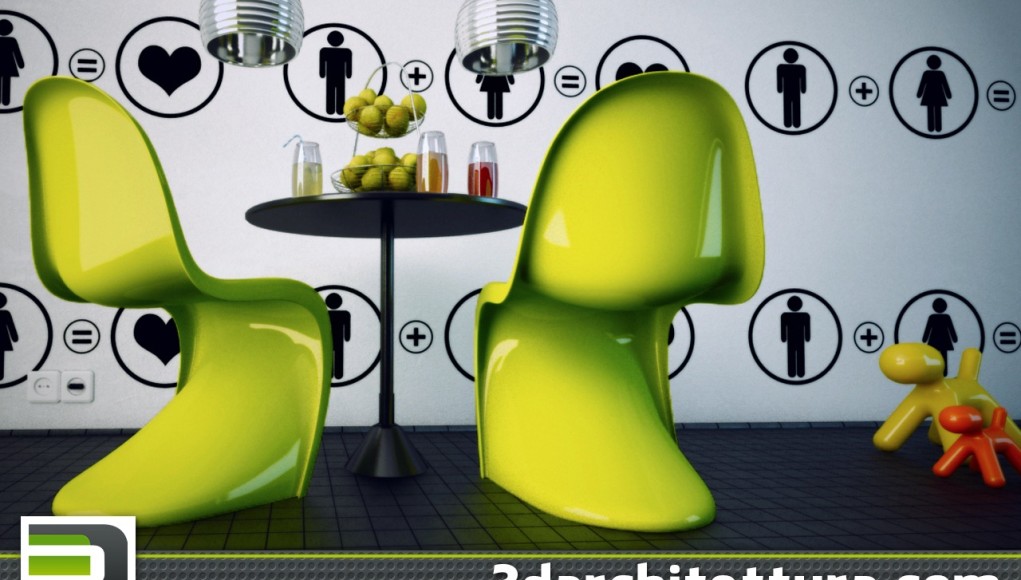 3DA: First of all let’s start from your winning project, where did the idea start? Was it a committed work, something done for the contest or a personal project?
TA: The idea was actually really simple to get. I’ve seen an interior design project on Pinterest, which still don’t know who had made it, but i would like really much to congratulate the authors because it’s really a beautiful project. Since i’ve discovered it, I wanted to reproduce with the same realism and quality, but with a little bit of my sensibility and taste too. Was a project totally done for learning new techniques and for my personal portfolio. 3DA: What is the meaning of the image? Talk us about the mood you were looking for.
TA: Innitially, when I started to work on this image, my main purpose was a similar look than the original photo, but in the development process i’ve started to dreaming about which were the feelings i would like to feel in a room like this one, and then I’ve started to work for a very calm environment, with a really soft light and a peaceful atmosphere, simulating a little bit the lighting of a winter sunny morning. For some time I’ve searched a really good interior design to try to reach an environment like this one. 3DA: Describe us the main phases of the realization: how did you manage the pre-production? Someone takes inspiration from classical artists, some other from competitors, others from dreams and so on. What is your primary starting point?
TA: I usually take the same process of pre-production. It is divided in 3 phases. First i take some time searching for photo inspirations, more related with the interior design i’m looking for, to have some ideas about which kind of pieces i would like to use (Lamps, Couches, Tables, Etc..). After that i always like to search for some other artists works to try to understand how do they catch the moods for their images, and try to understand, looking closely, some of the techniques they use. After that, i make a blending of the photo inspirations, other CG artists images and mix a bit of them with my aesthetic sensibility and taste. 3DA: Technically speaking, can you give us informations about used software and plugins? More in depth, can we have informations about render time, poly amount, memory used..something on this style :)?
TA: As always, I’ve used Autodesk 3ds Max and V-Ray, this time without any plugins, and Adobe Photoshop for the final post production process. This image was originally rendered at 4320px per 2874px, having at the end, 6 million polys and taking about 8 hours of render. Sincerely I’m not totally sure about the time and I used an overclocked Intel i7, with 8GB RAM memory.

3DA: What about the 3D models? Did you model them or did you use library meshes? The lamp is impressive detailed, is it 3D modeled or you used some displacement shaders? Why?
TA: About the 3D models, i can say that in this image, it’s about 50/50 between library models and original meshes modelled by me. Just because, i didn’t wanted to match exactly my image with the original reference photo. I always like to start with a nice inspiration, but give a little bit of my aesthetic sense in the final. About the Lamp model, which i think that was one of the most important elements for the mood of this image, I’ve bought it on DesignConnected model store (some time ago I’ve started to work with some of their models), which totally impressed me with their quality, both on materials, modelling and shaders. 3DA: Similar question about your textures: are they come from library or did you paint/shoot pictures?
TA: In this case, i think i have a little bit different workflow than the usual, regarding the textures. It’s always a bit relative because already had projects that I had to take hundreds of shots and edit the maps for texturing, and other that I’ve totally used library textures, but I always try to give a little edit on the maps, to put them as i wanted of course. My workflow at this moment regarding the textures, is having a minimal detailled textures on the final rendering, and in the post production process i spend some time, blending maps and textures under them, to reach the final result i want. I don’t know if is too many different of other artists workflow, but for me it’s a recent thing, and i steel feel a bit “strange” doing it (laughs). 3DA: What will be the future of this image/project? And what are your expectation from this deserved victory?
TA: To be really honest, since the begining until the end of this image, i’ve never had any expectation about winning prizes or something related. I think i’m a little bit lucky because since the principle of my career, i’ve learned and worked with some great artists like Sérgio Merêces and Matheus Passos, that always teached and influenced me to be the most honnest possible. And the most important, to be sure that my main “priority” were/is/will be always to work with passion and giving the best I can in any single project. Of course that i’m really happy and appreciated for all the suport and kindness given by all, it is really pleasant. 3DA: One last question about your image: after the 3D did you managed a post production? If so, the definitive image is what you expected since the beginning, or is significatively different? I mean, the project changed in your mind during the production phase or you clamped your original idea until the end? You already had that lens diffraction and color fringe in your mind?
TA: In the case of this image it’s a bit hard to answer, because i’ve found and dreamed a bit about the mood i wanted for it, in the middle of the project, so, all the project as been changed in the middle of it’s development. But since i’ve discovered which kind of mood and environment i wanted for the final image, I’ve prepared all the 3D rendering guessing which has to be the end result, always in my mind and supposing that some elements could be worked better in the post production process. 3DA: A tipical question that we do to our interviewed artist is “What would you suggest to people that are approaching to 3D rendering?”
TA: For sure your opinion will be useful and interesting for many readers, passionate or professionists. Although I think i’m not the best person to answer to a question like this one, specially because i’ve recently started my career as CG Architectural Visualisation Artist, I think that for any people who is at this moment starting approaching to 3D rendering, the most important thing is to have passion and try to understand if it’s really this what you want to do in a honest and sincere way. After that it’s really important too, to study hard the techniques made by some great artists, reading/seeing a lot of tutorials, making of’s and CG Magazines and try to understand how the softwares and that same techiques works. Don’t be afraid to try, and specially, do not lose all the motivation in the first obstacle that you will encounter. Look at this as part of a whole process of learning and evolution, as professionals. 3DA: Last question, not directly connected with the image: Which music style you prefer to listen while working?
TA: Wow, tough one. I’m totally addicted to so many styles of music, a little bit obsessed by discovering constantly different and new bands. The music is maybe one of my main inspirations for the works i do, really love to connect sound with visual elements. Music it’s really thing that is strongly connected to my whole life, and daily routine. Depending on my mood, I might have days that i hear blues/jazz like John Coltrane and Chet Baker, or some Lounge Music like Thievery Corporation, Hipster music like Toro y Moi, Washed Out and Tame Impala, or in a more energetic and focused mood, things like Parov Stelar. Advisory Board Set for Geo Week in Denver